Connect With Den
Get Your FREE
Secret Unsubscriber Trick

Welcome To My Blog

Welcome To My Blog

This is my very first post on my brand
new blog.
Over the coming days, you
will see this blog transform. Follow me
on my journey as
I help my Success
with Den students build their business
in record time. Let me turn the clock back, I want you
to imagine we are back in 1990, this would be difficult
if you weren’t born then, but try to imagine that you
are back in1990.

My wife and I had some savings and we decided we
would invest our savings. We found a very large
investment company that was advertising in the
Financial Times Newspaper and to cut a long story
short, we invested everything we had, £10,000 which
at that time was a great amount of money. 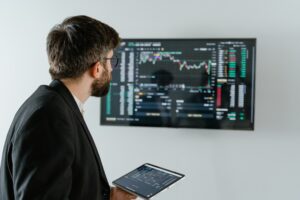 They lost all of it within 6 months. The firm is now
much larger than it was when they lost our money,
but I had no recourse, because I gave them carte-blanche on how they invested.

Let’s be honest, I trusted them, it is what they did,
it was their job! You can imagine what happened next, it was me who persuaded the missus that it was a good thing to do, so it was me that was in the DOG HOUSE six months later when we had no savings and no profits.

It almost split us up, I don’t know how we are still
together, but this year is was our 55th wedding anniversary,
and we are still going strong.

Anyway I took investment lessons and that was how I
made up for the losses.

In 2001 we were dabbling in buying in bootsales and
selling in auctions and that was where we were friendly
with a gay couple, they told us that they had sold an
ornament in an online auction and where they paid £2
for it in the bootsale, they got £85 for it on eBay.com.
I had never heard of eBay and that night when we got
home we turned on the computer and took a look at eBay.

Long story, short, we earned enough on eBay and selling
our property to move out to Spain where we are now.
We moved out here in 2005 and that is when I started
with internet marketing.

I earned money, but nothing like what I have done
since joining John Thornhill’s Partnership to Success
Program. The man is a marvel and you get what is
written on the tin.

John is a Top 1% Platinum ClickBank Seller whose digital products have netted him $5+ million in personal profits.

Since 2006, he’s helped over 3,000 entrepreneurs start (or grow) their online businesses. To date, his students have generated in excess of $20 million.

These days, John specializes in helping freedom-focused individuals create, launch, and sell their first digital product, even if they don’t consider themselves experts and have no idea where to start.

Hack Number 1 On Getting Emails Opened

You can change these settings at any time. However, this can result in some functions no longer being available. For information on deleting the cookies, please consult your browser’s help function.

With the slider, you can enable or disable different types of cookies: